SeasonalBaby & KidsBirthdayWeddingPartiesGreeting CardsBlog
Thank you! Your submission has been received!
Oops! Something went wrong while submitting the form.

How chef and author Mina Stone does Hanukkah with the kids

I was raised with a Jewish father and a Greek Orthodox mother. My parents had foregone the religious aspect to their upbringings before I was born. Both of their families were very religious, therefore I grew up surrounded by both cultures during the holidays, but temple and church were never big parts of my life.

For me, the idea of religion was the connection to family and doing different rituals surrounding food. We like to celebrate Hanukkah in our house with a lot of food, friends, and family. It is about keeping a connection to our traditions and being connected to the past and future.

I love symbolism when it comes to food (for example, frying in oil to represent the miracle of Hanukkah), so I do get into that. Cooking for Hanukkah is a favorite of mine because nothing beats the Hanukkah menu. The combo of a crispy latke with sour cream and saucy brisket is the absolute best!

I like to get kids involved the old fashioned way: small gifts and gelt to pique their interest in tandem with the lighting of the candles. It feels like a special meditative act that makes everyone of all ages pause and reflect.

My 6 year old son, Apollo, loves to be a waiter (restaurant mom alert!) and likes helping bring food to the table and passing things around. I think it gives him a real sense of responsibility and autonomy. My stepdaughter likes to make the latkes with me as it’s a tactile and sensory overload perfect for a teenager. From grating the potatoes to whisking the eggs to mixing and frying.

Is there anything better than a crispy fried potato? I think not.

I have been doing the same epic Hanukkah party for ten years. I fry latkes continuously for three hours straight, feeding about a hundred hungry guests. The great result of this latke training is that I went through it so you don’t have to. You can read this recipe and make latkes as they should be—perfectly crispy and salty on the outside while soft and yielding on the inside.

I like to serve latkes the traditional way—topped with sour cream and homemade applesauce—or with smoked salmon, capers, and a squeeze of lemon.

Grate the potatoes on the large holds of a box grater or with the grater attachment of a good processor. I find the food processor gives longer strands that are fun when frying, as they resemble shoestring fries fanning out from the latke.

Place the grated potatoes in a big bowl of cold water. Grate the onion on the large holes of the box grater and blot it on paper towels until most of the liquid is removed.

In a small bowl, whisk the egg.

When you are ready to fry the latkes, lift the potatoes out of the water and drain in a colander, pressing with a dish towel or paper towels. Get them as dry as possible. Add the grated potato to the egg, onion, and flour. Add a generous pinch of salt and lots of freshly ground black pepper.

Pour vegetable oil into a large nonstick skillet until it reaches ½ inch up the sides. When the oil is hot enough (test with a mini latke), it should happily sizzle when you put in your latkes to fry. A happy sizzle is not hot enough so that the oil splatters everywhere, but not so low that bubbles are barely forming.

Drop tablespoons of batter into the oil and wait—be patient. Don’t pat the batter down too much, just a gentle press on top to even the potato is enough. Flip the latkes only when you see golden brown edges at the perimeter and try to flip only once. When golden brown on each side, remove the latkes to a plate lined with paper towels to absorb excess oil. Taste a latke and sprinkle with a little salt to finish if needed and serve hot.

‍Mina Stone, author of Cooking for Artists and Lemon, Love & Olive Oil, is a New York–based career chef and restaurant owner. For years, she cooked delicious lunches at Urs Fischer's art studio in Brooklyn as well as gallery dinners for New York’s art world. In 2019, she opened Mina's, a Greek-inspired café housed within MoMA’s PS1 in Long Island City, Queens. 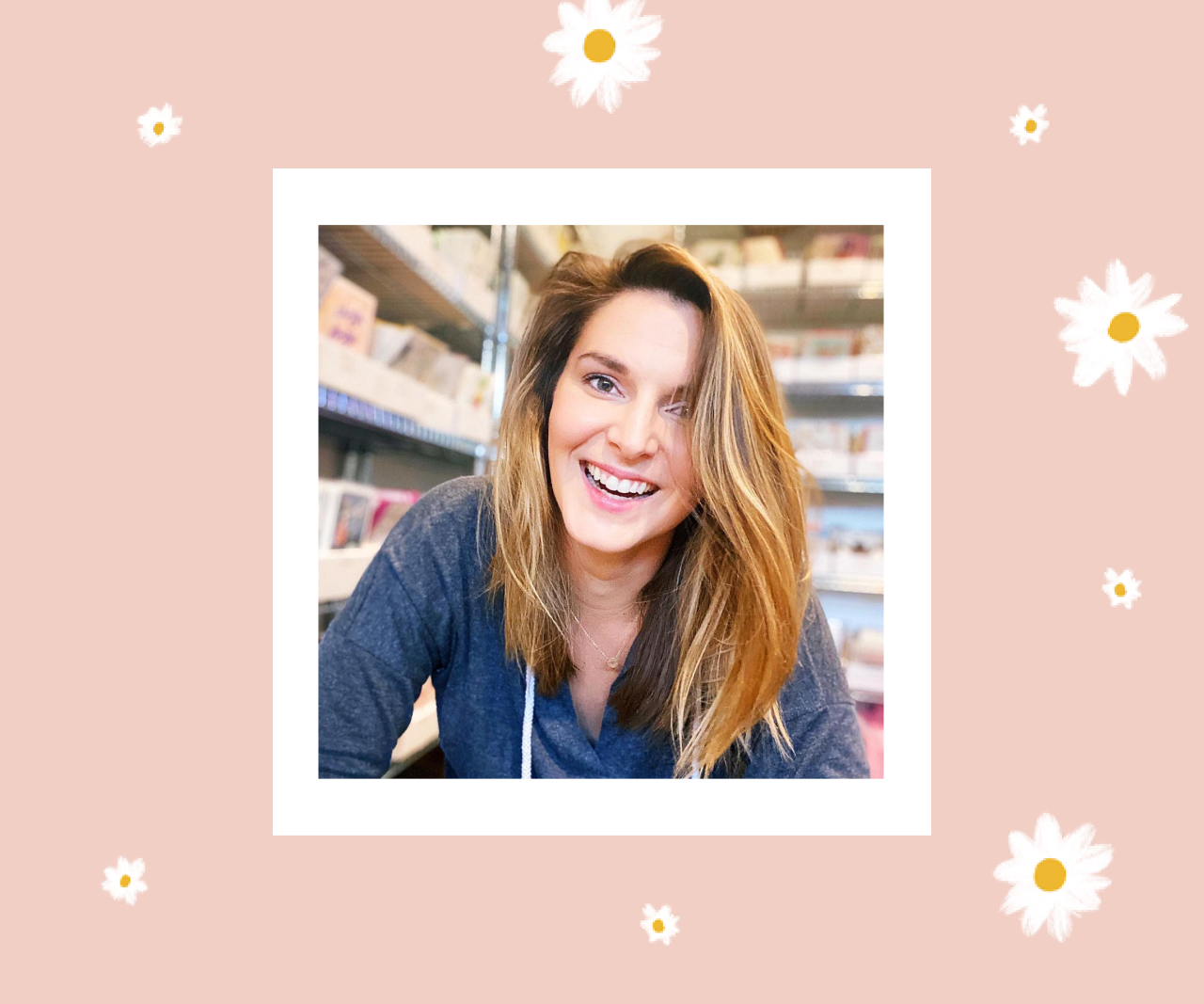 Creating joy is Slightly Stationery’s bread and butter. See how co-founder and designer Alicia Heater got started and why she loves what she does. 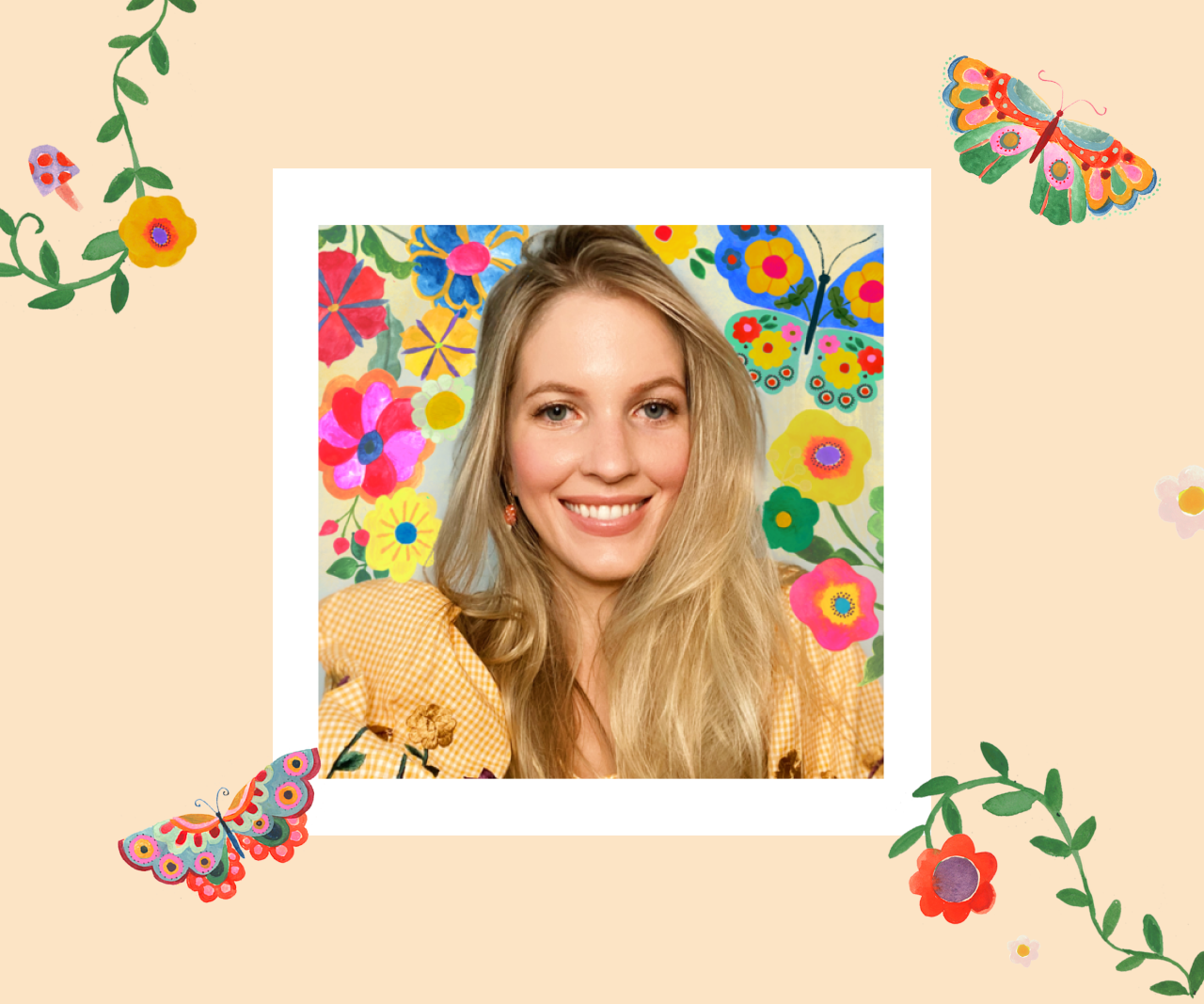 Playful and positive, Shannon Snow’s art is a surefire way to lift spirits and spark joy. Learn more about her and her work in this inspiring Q&A!