Decor, activity and snack, all in one—we love a good piñata. No matter how old your or your guests are, this donut piñata is pretty much a guaranteed hit. So grab your tissue paper and scissors and let's get crafting!

Step 1: Start by tracing a large, everyday circular object on a piece of cardboard. We used a lamp shade. Trace a second one so your donut has a front and back side. Grab a smaller circular object (a bowl, for example) and trace it in the middle of your larger circle—this will be the donut hole. Cut it out with an X-Acto knife, then place the larger circle (now donut-shaped) on top of the other circle. Trace the inner circle and cut it out of both larger circles. This will ensure that your donut holes match up. You should now have two identical cardboard donuts.

Step 2: Next we’ll create the sides using craft paper. You can also do this with cardboard, but craft paper is easier to work with when creating rounded sides. Measure your donut hole by placing the craft paper inside. Cut the paper to size and then tape it into a column that fits the donut hole. Stick this column into the hole, then snip 1-inch sections about two inches apart all the way around the top edge of the column. Fold the sections down onto the cardboard and tape them down.

Step 4: Before we add the other side of the donut, we need to cut a trap door in the side of the donut by making three slices with your X-Acto knife. This is where you will add treats, so make sure it’s big enough for your candy to fit inside! Fold the door back to open it.

Next cut a long piece of string or rope. Poke a hole in the outer column of craft paper and then in the inner column as well. Thread your string through both holes, then tie a few knots at the bottom to secure it. Cut 1-inch sections on the outer and inner columns of craft paper. Then place the back side of the donut on top, filing the center column through the hole and ensuring the 1-inch sections on the outer column are not folded under the cardboard. Fold the sections over the back side and tape them in place.

You’re halfway there! Time for some color, wouldn’t you say?

Step 5: Cut fringe out of your tissue paper. This part will serve as the base of the donut (the dough in donut), so keep that in mind when choosing a color. Layer your tissue paper and cut long strips, then make small snips on one edge to create fringe. You’re going to need a ton, so make yourself a nice big pile. To adhere your fringe, squeeze a thin line of school glue along the top edge.

Step 6: Starting from the outer edge of the donut, layer each section of fringe on top of the next, allowing the bottom edge of fringe to show. Once you’ve worked your way around the donut, glue longer pieces of tissue paper on the back side of the donut and wrap them into the hole to cover the back and middle sections. No need to cover the front; you’ll be adding frosting and sprinkles, so it doesn’t need fringe. Don’t forget to keep the trap door open! Add your fringe around the door so you can actually stuff this little guy.

Step 7: Last part! For the frosting, place your crepe paper on top of the donut and cut out a circle. It doesn’t have to be perfect — it’s frosting, after all! Adhere it to the donut with hot glue, then add sprinkles to the top. If you don’t want to add real sprinkles, cut some jimmies out of paper.

There you have it!

Filling this donut with real donuts might make a giant mess, but we think it would be adorable to put donut holes in clear goody bags and stuff those inside. 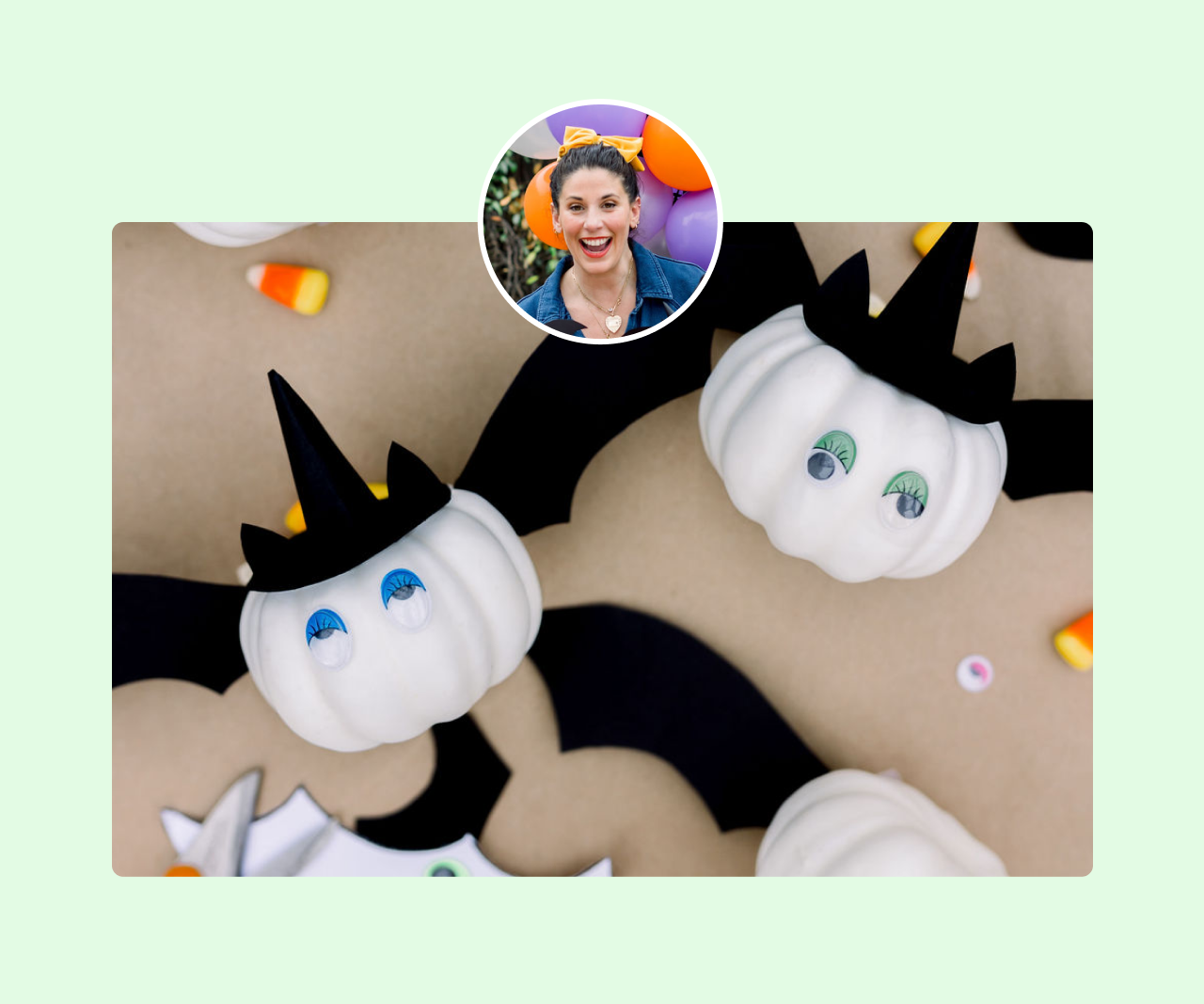 Kids’ Halloween crafts & activities from P.S.—I Made This

Haunt to throw a kids’ party that’s a real scream? An adorable DIY pumpkin craft from Erica of P.S.—I Made This is just one of her terrific ideas! 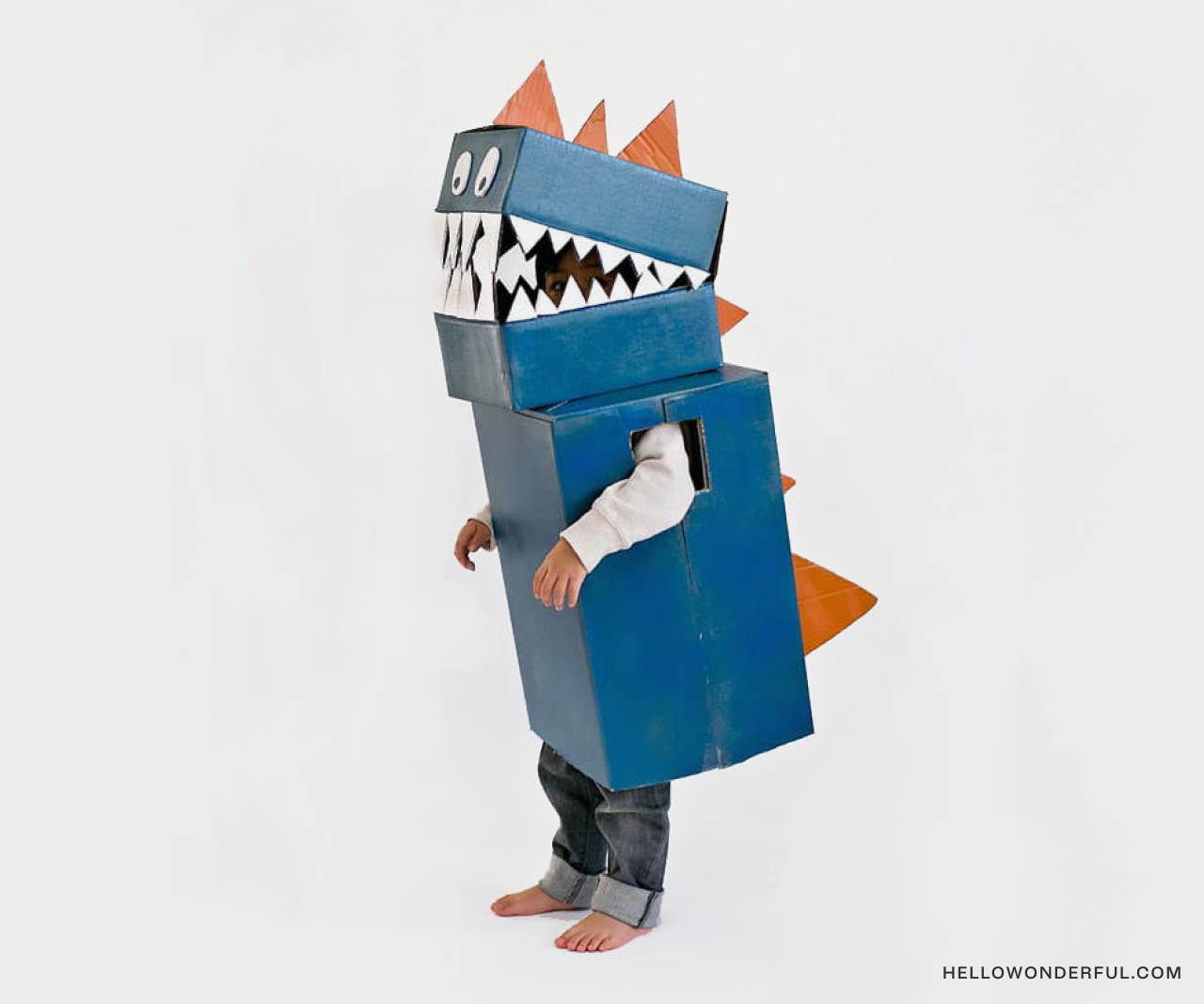 6 DIY Halloween costume ideas for kids from P.S.—I Made This

Skip the big-box Halloween stores this year in favor of one of Erica's favorite out-of-the-box DIY costume ideas!