Get ready to channel your inner Agatha Christie with a murder mystery party — we’ve got the clues.

Call in the suspects with an Evite invitation, like the free “A Murder Mystery” invitation below or one of these intriguing invitation designs.

Let your theme be your decorating guide. For a relatively inexpensive way to transform your space, try scene setter rolls or backdrops and add relevant props. If you’re throwing a period party, move or cover evidence of modern technology like computers or TVs. Amp up the party atmosphere with theme-appropriate music. By all means, dim the lights for that air of mystery, but keep in mind that the murder mystery game requires guests to do a fair amount of reading (instructions and clues), so don’t make the room too dark.

Since your guests will come dressed to kill, costumes will also go a long way toward setting the scene. You may want to have a few accessories on hand like hats, wigs or fake mustaches in case anyone shows up without a proper costume.

Get a murder mystery game at almost any store that sells board games or download one online. The ones available online are often more detailed and feature more characters; some of them are for as many as 40 players and may require a lot of printing and organizing all the game elements (character guides, instructions, clues, etc.). On the other hand, the box games come with everything you need and are typically designed for only eight players. First-time players will likely find the simplicity of a box game appealing, though they may prefer an interactive downloadable game once they’ve become, ahem, serial killers.

There are period games, pirate games, holiday-themed games and games designed just for women or kids—and that’s only the beginning. Choose a theme you think your guests will get into and invite friends who enjoy dressing up.

Send out an Evite invitation four weeks in advance to the maximum number of guests your game suggests (if the game is for six to eight players, invite eight). In addition to the theme of the party, let guests know that it’s important to be there for the entire evening, since the game doesn’t work with latecomers or early departures. Ask guests to RSVP within a week. If fewer than the minimum number of players say they can come, invite more until the required number of players RSVPs yes. Check that those who haven’t replied aren’t planning on coming before extending the invitation to others, so you don’t end up with too many players come party night.

Read the host instructions well in advance. They’ll typically provide ideas for your menu, decorations, costume ideas and brief character bios to give you an idea of who to assign which characters. But if you plan to join in the game (most box games allow the host to play too), don’t read the full character guides or you’ll spoil the mystery for yourself!

Once you have confirmed your guest list, send each guest the information included with your game so guests learn a little about the character they’ve been assigned and can dress accordingly. Guests should receive their character info at least two weeks in advance to give them time to get a costume together.

When guests arrive at the party, give them name tags so everyone knows who everyone else is supposed to be, then follow the game instructions. With most box games, not even the murderer knows whodunnit until the very end of the party!

The game instructions will give you an idea of how the evening will proceed. Most games suggest serving dinner, though you can find some games online for larger groups that don’t. Either way, expect lots of in-character repartee, especially if you have theatrically inclined friends.

Capture all your guests’ to-die-for costumes with a photo booth, including a theme-appropriate background and props to make the pictures even more brag-worthy. Be sure to get one of the whole group too. After the party, upload your party photo album to your Evite invitation to share the best shots with your guests.

Hand out prizes at the end of the night for best costume, best sleuth, best actor and best accent (if appropriate). Some games come with prize certificates, but you may want to supplement them with small gifts, like a bottle of champagne or something appropriate to the game’s theme.

Murder mystery games often include menu suggestions, and part of the fun is eating party food that fits your theme. However, remember that if you’re playing as well as hosting, you’ll have plenty to keep you busy besides cooking, so it’s best to make something you can throw on the stove or in the oven and leave to cook, like lasagna, quiche, stew or prime rib. If you’re playing a game designed for a large group, consider a potluck buffet of finger foods like stuffed mushrooms or mini pizzas, since you probably won’t have seats for everyone. For dessert, serve a deadly chocolate cake.

Let your game’s theme suggest a signature cocktail for your party; for example, if you’re hosting a spy game, you might mix martinis (shaken, not stirred, à la James Bond).

Or, instead, focus on the murder element of the party and have a Bloody Mary or red wine sangria. Just be sure to have water and non-alcoholic options on hand too. 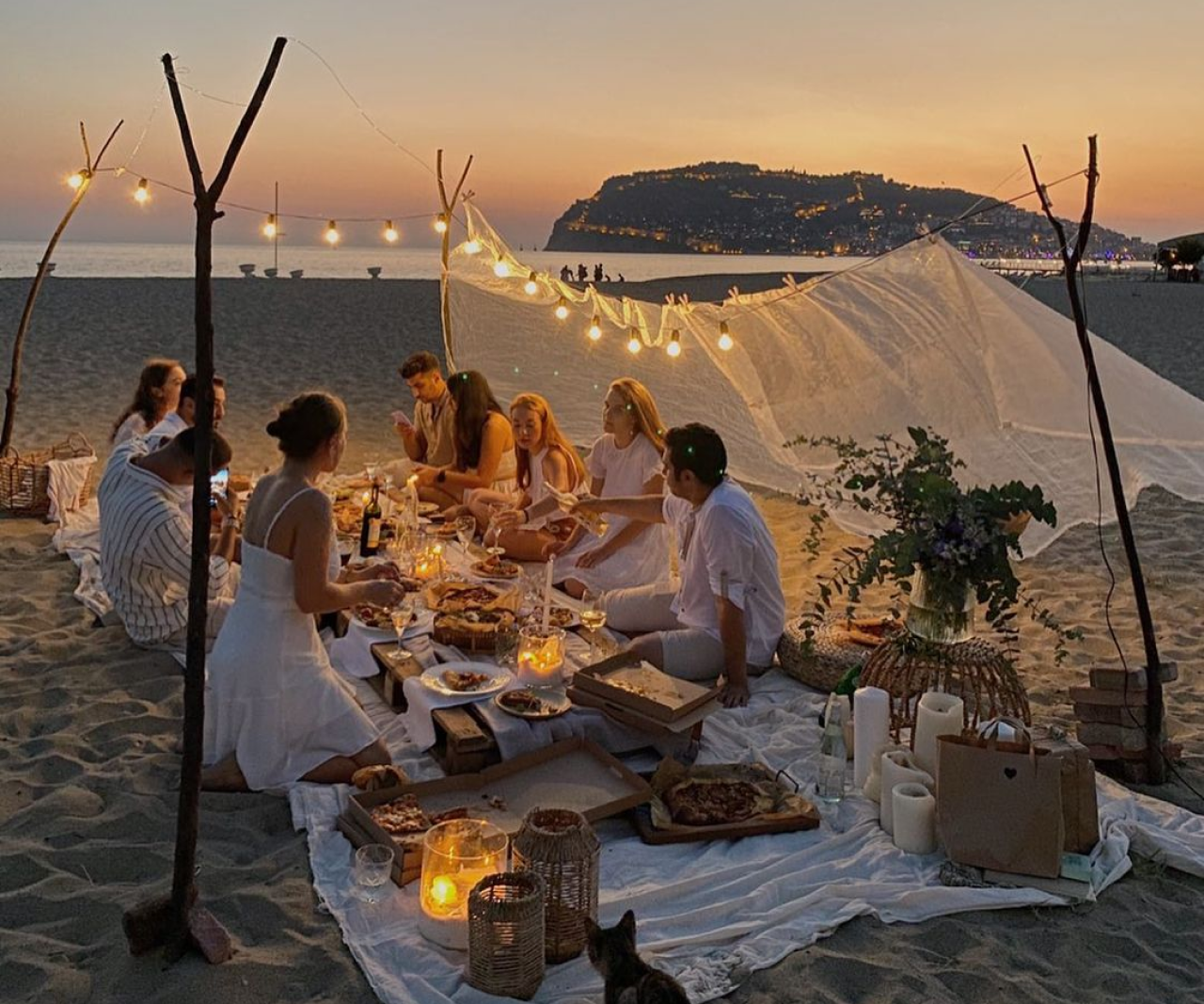 The must-know birthday party trends for 2023, according to party experts

Mixologists and live music are the way to party in 2023, according to experts from Party with SOL, Julia Lake Parties, Dream and Party, and Social Llama Events. 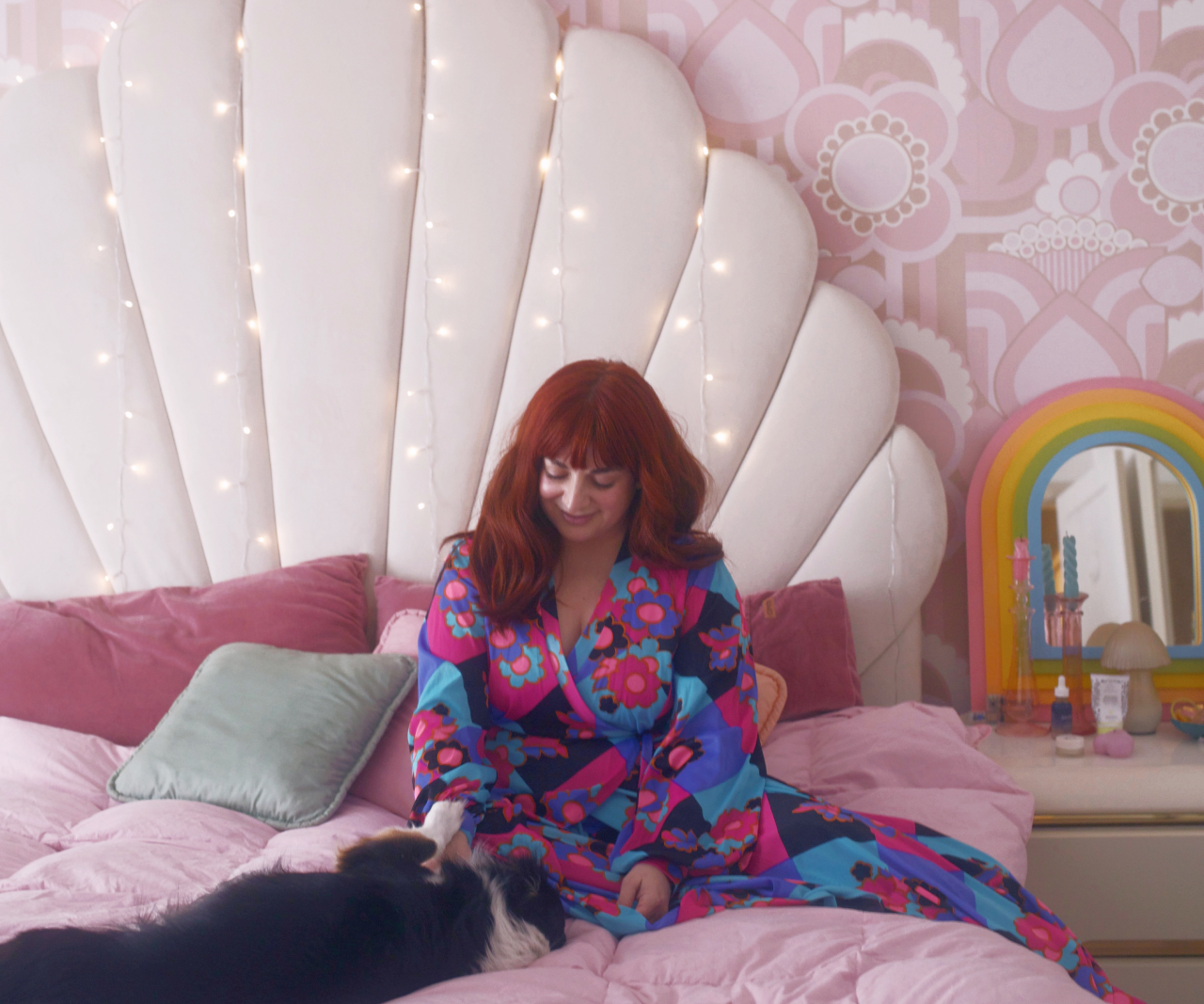 Show your besties how much you love them with these Galentine’s Day party tips from design icon @samswhurld on IG.